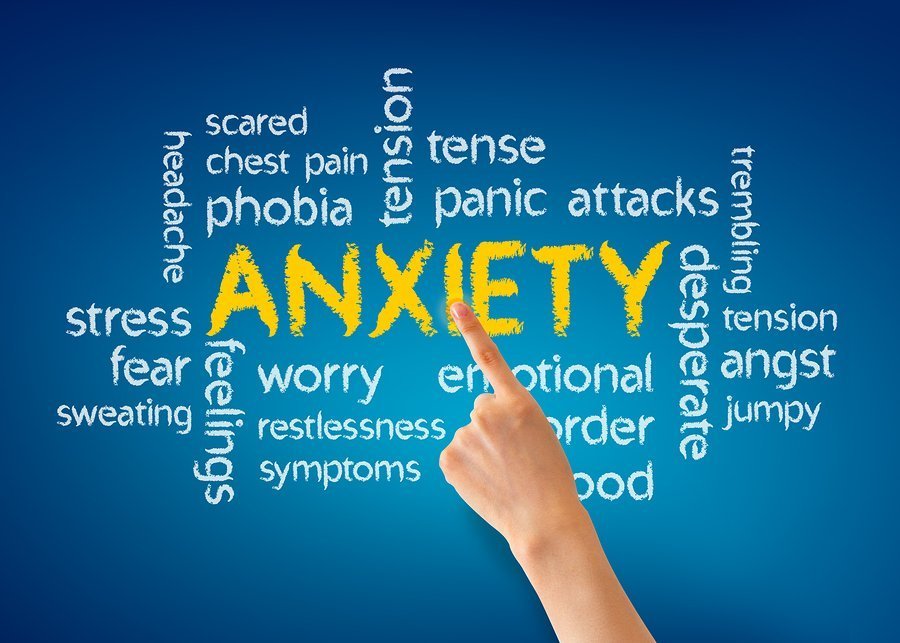 I was a sophomore in college and yet I still remember this experience.  I was awakened in the middle of the night by my roommate.  She startled me as she shook me from a deep sleep.  She was prone to dramatics, so I assumed this was another one of her antics. She was pale and sweating and kept telling me she was dying.  I quickly realized, this was a severe situation and sprang out of bed.  I watched her pace back and forth as I called student health to come to help her.  She kept saying she needed to get out of the room, but I blocked the door because I was afraid she’d accidentally hurt herself given her erratic behavior.  A nurse from the college health department showed up and began to take pulse and blood pressure; both were elevated.  By this time, I was in a state of high anxiety because I thought surely, something terrible was happening to her.  I grew impatient with the nurse and questioned why she wasn’t doing more beyond telling my roomie to breath deeply.  I thought–she’s dying and taking deep breathes isn’t going to help.

The nurse calmly explained that she had a panic attack.  I had never heard that term before and wasn’t entirely convinced that there wasn’t a pending health crisis requiring an ambulance ride to the ER.  However, in a matter of minutes, my roommate was calmer, the color returned to her face, and she had stopped pacing.  The nurse described in a great deal how anxiety can creep up causing a state of panic.  She told us that the deep breathing helped to reset her nervous system, which in turn, helped her to calm down, stop the racing and negative thoughts.

While I was scared, my friend was terrified.  She was concerned it would happen again and then made every attempt to avoid being alone, just in case.  She began to have difficulty concentrating in school.  She reacted to every little body changes out of fear that the panic was happening again,  In fact, she did experience more panic attacks.  Sometimes they happened during class and other times, they occurred while she was sleeping.  They disrupted her life in such a way that she contemplated leaving school.  It was hard on me too because I felt helpless and unable to reassure her that she was okay.

Eventually, her parents got her in counseling and on medication.  The difference that combination made for her was dramatic.  She stopped obsessing about the anxiety and learned how to have fun again.  She was able to finish the school year and learned how to cope with the stressors that triggered the attacks.   She still has a panic disorder, but it no longer controls her, and she has since learned other things to cope with anxiety using other tools acquired in therapy.

Anxiety comes in many forms and can make one miserable until it is treated.  Sadly, we see anxiety in children and adolescents.  It hurts my heart because I know how awful it can be.  I can’t imagine being a young person trying to manage all of the negative experiences that come along with anxiety.  Until it’s properly diagnosed, life can be tough for a sufferer.  Anxiety tends to run in families, so if a parent has it, the chances of a child inheriting it, increase.  This can be especially true if a parent has untreated anxiety.

I share this story because it’s not an uncommon experience.  The first episode of anxiety seems to hit out of the blue and is horrifying. It can cause disruption in one’s life and that of those around them.  The greatest lesson I learned from this experience is that treatment works.  The longer you wait for treatment, the harder it is to get the symptoms under control.  The longer a person suffers from anxiety, the more hopeless they feel.